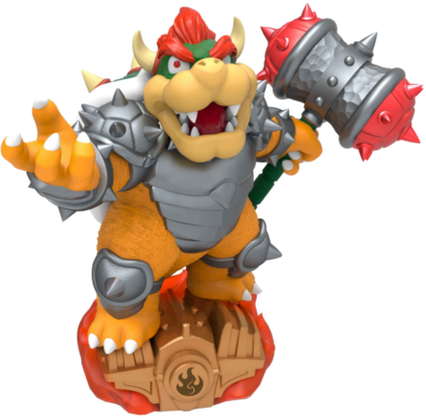 Hammer Slam Bowser functions both as a Skylanders figure and as an amiibo, switching between the two with a twist of its base.

At launch, Hammer Slam Bowser was only available as part of the Skylanders SuperChargers Racing Starter Pack bundle for the Wii and Nintendo 3DS. As of January 2016, it is available separately, bundled with its corresponding vehicle toy.

Find on eBay Find on Amazon

Use this amiibo for non-generic features in 30 games total.

Use it in 30 games as character Bowser:

Wii U Super Smash Bros. for Wii U

Many games also have non-character-specific features that work with any amiibo.